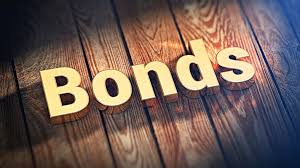 The July 2019 FGN Bond Auction took place on July 24, 2019. In a press release, the Debt management office Nigeria disclosed that three (3) Instruments (5-Year,10-Year, and 30-Year Tenors) with a total value of N145 Billion were offered for subscription.

According to the agency, 298 Competitive Bids were received from Investors for the three (3) Instruments, with a total value of N301.02Billion, indicating a subscription level of 207.6%.

Allotments were made on successful Bids at 13.35% for the 5-year, 13.64% for the 10-Year and 14.12% for the 30-Year Bonds, which were consistent with Secondary Market Yieldsand also represented a decline in the marginal rates compared with those at the June 2019 FGN Bond Auction.

The total amount allotted for competitive Bids was N86.82 Billion from the total subscription of N301.02 billion. Also, the sum of N58.20 Billion was allotted across the three (3)tenorsforNon-Competitive Bids at the same rates with the Competitive Bids.

Overall, the sum of N145.02 Billion was raised at the Auction through both Competitive and Non-Competitive Bids. The amount raised is to be utilized to part-finance the 2019 Budget of the Federal Government the DMO said.