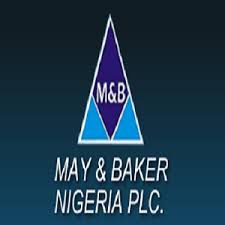 Senator Daisy Ehanire Danjuma was born on the 6ft of August,1952in Benin City, Edo State. She was first appointed to the Board of Directors of our Company on  July 30, 1999, until  October 8, 2003, and later on, 30th May 2019. She is a law graduate of Ahmadu Bello University, Zaria with over 4 decades post-call experience having been called to the Nigerian bar in 1977.

She worked as a State Counsel in Lagos State Ministry of Justice (DPP), a pioneer legal counsel to the Legal Aid Council. She was Company Secretary/Legal Adviser to the Nigerian Television Authority (NTA) from 1982 to 1992.

She was elected Senator of the Federal Republic of Nigeria (2003-2007 While in the Senate, she was a member of the Commonwealth Parliamentary Association (CPA) and Chairman, Women and Child Right Committee of the Economic Community of West African States (ECOWAS Parliament). She was also the Chairman, Senate Committee on Women Affairs and Youth Development. She served as Member, Senate Committees on Health, Education, Finance, Land and Transport of the National Assembly.

She was the Chairman of South Atlantic Petroleum Limited frorn1999 – 2003. She is an alumnus of the Lagos Business School. A member of the International Bar Association (IBA). The Nigerian Bar Association (NBA) and the International Federation of Female Lawyers (FIDA). Senator Danjuma is a Trustee of the Obafemi Awolowo Foundation and H I D Awolowo Foundation. She is the chairman Board of Trustees of Lagos Public Interest Law Partnership and currently the Executive Vice Chairman of South Atlantic Petroleum Limited.

She is married with five children.