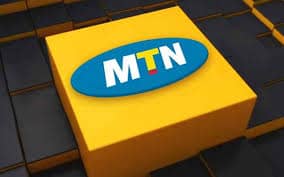 MTN Communications plc has anounce the ritirement of some of the members of the Board of directors. In a notice send to the Nigeria Stock Exchange and the investing public, MTN stated Following the expiration of their tenure and in compliance with applicable codes of Corporate Governance the under listed Non-Executive Directors are retiring from the Board with effect from 2nd September 2019:

The Board of MTN Communications Plc announced the appointment of Mr. Ernest Ndukwe, OFR as the Chairman Designate of MTN, and the addition of the following directors with effect from 2nd September 2019:

1- Mr. Michael Onochie Ajukwu – Independent- Non-Executive Director
Mr. Michael Onochie Ajukwu has over 21 years of experience in the banking industry with specialty in the Energy and Multinational sectors. He has extensive business experience in Africa and particularly in Nigeria. Mr. Ajukwu holds a B.Sc. in Finance from the University of Lagos and an MBA in Accounting and Finance from New York University.

2-. Mr. Muhammad K. Ahmad, OON – Independent- Non-Executive Director
Mr. M.K Ahmad is a seasoned public sector executive with over 35 years of experience traversing the Financial services industry and the public sector. He actively advocates and supports institution building based on the highest corporate governance and ethical standards and has served on various boards and committees, including banks and not for profit organizations. He was a pioneer staff of the Nigeria Deposit Insurance Company (NDIC) where he rose to become a Director. He later served as the pioneer Director -General and Chief Executive Officer of the National Pension Commission (PENCOM). Mr. Ahmad holds a BSc. in Accounting from Ahmadu Bello University and a Masters Diploma in Innovation & Strategy, University of Oxford. He is an Associate, Toronto Center for Global Leadership in Financial Supervision, Canada.

3- Mr. Andrew Alii – Non-Executive Director
Mr. Andrew Alii qualified as a Chartered Accountant with Coopers & Lybrand (PricewaterhouseCoopers) in the United Kingdom.
He worked for over a decade at the International Finance Corporation (IFC) in different positions including Country Manager for Southern Africa and Nigeria. During that period, he represented the IFC on the board of MTN Nigeria Communications Limited. He was subsequently appointed CEO of the nascent Africa Finance Corporation, which he built info a robust DFI focusing on African infrastructure, natural resources and heavy industry sectors. He holds a BEng in Electronics and Electrical Engineering from King’s College, University of London, and an MBA from INSEAD, France.

4- Mrs. Omobola Johnson – Non-Executive Director
Mrs. Omobola Johnson served as Nigeria’s Minister of Communication and Technology from 2011 ho 2015. She pioneered hhe Federal Government’s involvement in a venture capital fund and a network of start-up incubators and participated in the launching and execution of the National Broadband Plan.
Prior to her Ministerial appointment, she was country Managing Director for Accenhure. She currently chairs the board of Custodian and Allied Insurance Limited and sits on the boards of Guinness Nigeria Plc as well as World Wide Web Foundahion. Mrs. Johnson attended the University of Manchester where she obhained BEng, Electrical and Electronic Engineering and King’s College London (MSc, Digital Electronics). She has a Doctorate in Business Administration (DBA) from Cranfield University and is a Fellow of the Aspen Global Leadership Network (AGLN).

5- Mr. A.B. Mahmoud, SAN (OON) – Non-Executive Director
Mr. Mahmoud is the Managing Partner and one of the founding partners of the law firm of Dikko & Mahmoud. He was elevated to the rank of Senior Advocate of Nigeria in 2001 and is a Life Bencher of the Body of Benchers. A former Kano State Attorney General and Commissioner for Justice and Attorney General. Mr. Mahmoud SAN is the immediate past President of the Nigerian Bar Association (NBA), a Member of the International Chamber of Commerce (ICC), London Court of International Arbitration (LCIA) and was accepted into the Energy Arbitrators List (EAL) in 2013. He is a Council Member of the Nigerian Stock Exchange.
He chaired the Committee that drafted the Securities and Exchange Commission Code of Corporate Governance for Public Companies 2011. Mr. Mahmoud SAN sits on the boards of various companies and charities including Stanbic IBTC Pension Managers and Aliko Dangote Foundation. He holds LLB and LLM (Company and Labour Law) from Ahmadu Bello University. In addition, he attended the Summer Institute in Corporate Law and Business, Northwestern University School of Law. He also obtained a Certificate in Techniques of Privatization, Harvard Institute of International Development.

6- Mrs. Ifueko Okauru, MFR – Non-Executive Director
Mrs. Ifueko Okauru, MFR is a Chartered Accountant, Chartered Tax Practitioner and Management Consultant. She served as Executive Chairman of the Federal Inland Revenue Service (FIRS) and as the Chairman, Joint Tax Board between 2004 and2012. She also served as a Member and Coordinator, Sub-Committee on Capacity Building; United Nations Committee of Experts on International Cooperation in Tax Matters (August 2008 – July 2012).
Mrs. Okauru serves as an Independent Non-Executive. Director on the boards of Nigerian Breweries Pic and SEPLAT Petroleum Dev. Company Limited. She is also the Chief Program Officer, Dagomo Foundation Nigeria Ltd/Cte.
Mrs. Okauru is currently engaged as an associate with the Harvard University Faculty of Arts and Science (FAS) undertaking research in Leadership, Social Enterprise, Culture and the Nigerian Nation.
She is a graduate of the University of Lagos, Nigeria, Imperial College, London and Harvard Kennedy School.