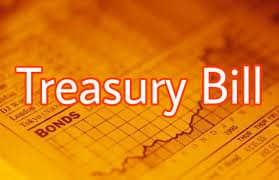 We expect yields to remain relatively stable in the near term, barring a significant increase in OMO T-bill stop rates by the CBN.

The T-bills market remained slightly bullish, owing to sustained interests on some short and mid tenured bills. The long end of the curve was however relatively flat, as market players placed bids for higher yields at the NTB auction.

Whilst the NTB auction was oversubscribed by 67%, stop rates cleared c.84bps higher than their previous levels, with the highest increase observed on the 91-day tenor (+140bps)

Rates in the money market remained stable as there were no significant funding pressures in the system. The OBB and OVN rates consequently ended the session at 11.86% and 12.79%, with system liquidity currently estimated at c.N35bn positive.

We expect rates to trend lower tomorrow, due to the expected inflows from OMO T-bill maturities.

The NGERIA Sovereigns traded on a weaker note, with yields rising further by c.5bps on the day.

In the NGERIA corps, we witnessed some buying interest in the ACCESS 21 and UBANL 22, whilst other tickers remained relatively stable on the day.

Whilst proper and reasonable care has been taken in the preparation and accuracy of the facts and figures presented in this report, no responsibility or liability is accepted by Zedcrest Capital or its employees for any error, omission or opinion expressed herein. This report is not an investment advice or a research recommendation and should not be regarded as such. The information provided herein is by no means intended to provide a sufficient basis on which to make an investment decision.