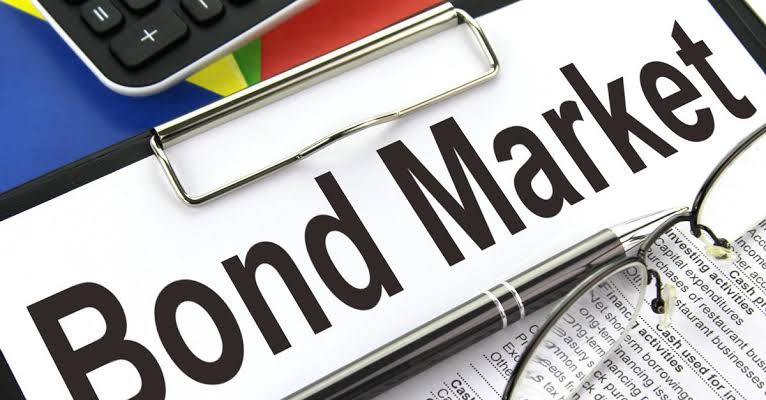 The FGN bond market traded on a very sluggish note today with improved bids on some selected FGN Bonds especially at the long end of the curve with very few offers to match. We saw order-driven demand for short-duration bonds, 2023s to 2026s papers, although very few trades were executed due to wide bid/offer spreads. We also saw some demand for the 2050s bond which traded at the early hours around 13.85% but then lost around 10bps on the offer as interest began to build for the paper. Consequently, yields compressed slightly by c.4bps D/D on the average across the benchmark curve.

We expect the bond market to close the week on a calm note with a slight bearish bias as traders digest the probable impact of the new FGN supplementary fiscal budget proposal on bond yields.

The T-bills market opened the day on an active note as investors sought the secondary market to fill their lost bids at yesterday’s NTB auction. The new 1yr NTB paper opened the day quoted at 9.50/9.20 at the early hours but most of the market trades were executed around 9.30%. We also saw demand for the Special treasury bills 30th Aug 2021 maturity albeit offers were scarce during today’s session. Traders remained firmly offered on short-mid dated OMO bills which were shunned by real buyers who preferred to buy either the special T-bills and the new 1yr NTB bills which had more attractive yields.

At the OMO auction, the CBN offered and raised a total of N30bn while maintaining rates across the three tenors offered.

Money market rates trended upward by another 221bps today, as dealers scampered to fund for the NTB PMA over- sales by the DMO, OMO auction, and FX retail bids amidst tight system liquidity. Consequently, Open Buy Back (OBB) and Overnight (O/N) rates closed at 17.00% and 17.25% respectively at the end of the trade session.

Tomorrow, we expect a further hike in funding rates as the bi-weekly FX retail intervention auction exacerbates the funding pressure in the interbank market.

The FX space opened the day on a sluggish as traders continued to scramble for funds amidst the poorly supplied FX market.  Traded volumes dropped by 60% from the previous day’s close with c.$89.89mio passing through that space. The Naira depreciated by N0.88k to close at N411.83/$, while the bid range stayed unchanged D/D.

At the parallel market, the Naira weakened by N2 as the transfer rate closed at N512/$ while the cash rate remained at N500/$.

The NIGERIA Sovereigns had a calm trading session, as the previous session’s bullish run cooled today. Demand remained persistent on the short-dated 2022s and 2023s papers, while we saw more offers on the longer-dated 2038s and 2049s.

At the Nigeria Corporates space, the new ETI issue was the toast of the day as investors queued up their bids with bookrunners in anticipation of a bullish outing. Final terms of the bond are as stated below:

We saw sizeable offers on most of the other tracked papers especially on the ECOTRA 26s and FBNNL 25s as investors continue to offload their current holdings in other to participate in the new ETINL issue.

Whilst proper and reasonable care has been taken in the preparation and accuracy of the facts and figures presented in this report, no responsibility or liability is accepted by Zedcrest Capital or its employees for any error, omission, or opinion expressed herein. This report is not a piece of investment advice or a research recommendation and should not be regarded as such. The information provided herein is by no means intended to provide a sufficient basis on which to make an investment decision.