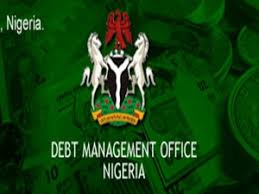 The Debt Management Office (DMO) has announced another Sovereign Sukuk this year for an expected maximum amount of N200 – N250 billion to finance infrastructure and critical road projects across the country.

The Nigerian government through the Debt management office commenced the issuance of Sukuk in September 2017 as a strategic initiative to support and finance critical road development across the country, promote financial inclusion, and deepen the domestic securities market.

Since the commencement of the debut Sovereign Sukuk initiative in 2017, the Debt Management Office has issued three Sovereign Sukuk worth N 362.577 billion within the past three years to finance the rehabilitation and construction of twenty-five (25) road projects across the six (6) geopolitical zones across the country.

According to a press release by the Debt Management Office t since the initiative began in September 2017 financing road infrastructure within and outside cities in Nigeria has greatly improved, the Sukuk has been commended as a viable instrument for financing infrastructure. The use of Sukuk has enabled the timely completion of road projects.

The DMO has  appointed the following as  Transaction Parties: