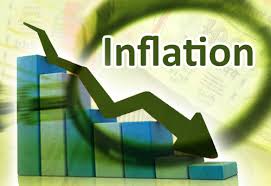 The Nigerian Bureau of Statistics has released the consumer price index report for August 2019.

The composite food index rose by 13.17% in August 2019 compared to 13.39% in July 2019. This rise in the food index was caused by increases in prices of Oils and fats, Meat, Bread and cereals, Potatoes, yam, and other tubers and Fish. The average annual rate of change of the Food sub-index for the twelve months ending August 2019over the previous twelve-month average was 13.458%, 0.002% points from the average annual rate of change recorded in July 2019 (13.460%).

Core inflation, which excludes the prices of volatile agricultural produce stood at 8.68% in August 2019, down by 0.12% when compared with 8.80% recorded in July 2019. According to the report the highest increases were recorded in prices of Cleaning, Repair and hire of clothing, Repair of household appliances, Hospital services, Glassware, tableware, and household utensils, Passenger transport by air and repair and hire of footwear.